Philadelphia | A city of neighborhoods

Back in November, my husband and I traveled to Philadelphia to visit family and explore the city for a long weekend. The weather was crisp, sunny, and cool with perfect picturesque fall scenery as we strolled throughout the city, ducking in alleyways and taking in its grandeur. Having visited Boston many times before, I couldn’t help but compare the two. Both cities have a love for its history and take pride in preserving it. They also take a priority in growth and it was interesting to see the contrast of old and new as we traveled and took in the sights. 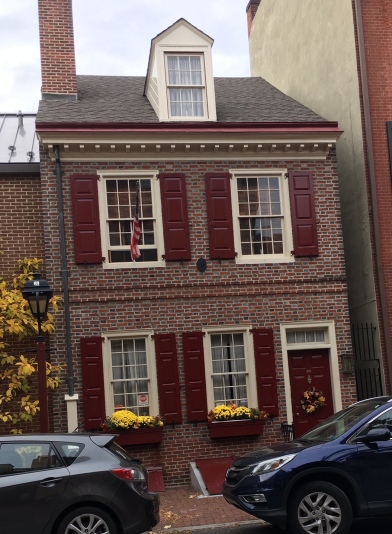 One main reason why we visited Philadelphia was to support our sister (my sister-in-law) who was a keynote speaker at Temple University at a Students for Zero Waste conference. It was a wonderful opportunity to hear her speak and learn about how recycling and composting are critical components to tackle climate change. Another exciting piece to this trip was that our cousin (my husband’s cousin) is earning his Masters at Temple, and another cousin joined us for the trip!

Now, to the touristy stuff! During the first two days, we saw Carpenters’ Hall, a beautiful historic brick building that hosted the First Continental Congress was held in 1774. It was also home to Franklin’s Library Company, The American Philosophical Society, and the First and Second Banks of the United States. I am a huge history nerd, so taking this scene was surreal. We stopped by Ben Franklin’s gravesite, toured that cemetery and also stood outside Independence Hall. Unfortunately, they closed the tours early at 10 a.m., so we weren’t able to go inside. We also saw the Liberty Bell through a window on the other side of the building (the line was too long and we had so much to see!) 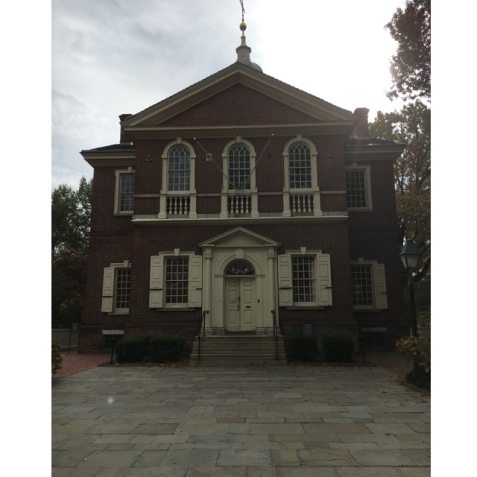 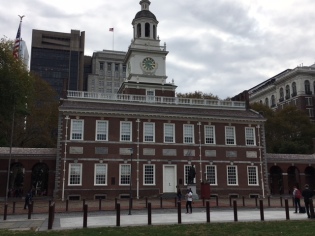 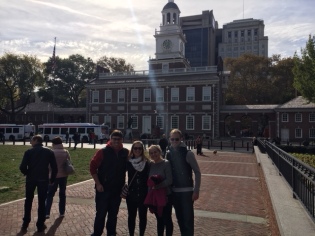 We walked through City Hall, which was extremely grand and impressive—its architecture was incredible! We then continued to walk around the city looking at all the old homes and beautiful architecture. It was in Philidelphia where I learned one of my aesthetics lies in charming, old doors since a majority of my photos consist of doors of homes that I wanted to capture as I passed by. We strolled down Elfreth’s Alley, which is referred to as our nation’s oldest residential street, dating to 1702. We took our time, looking at the stately brick homes (which are still occupied) and the splendid contrasting colors of their shutters and doors. It was right after Halloween too, so there were still decorations up—including a Ben Franklin-inspired pumpkin! 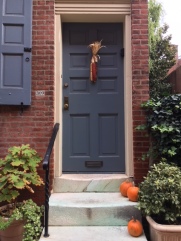 We did a lot of walking—my entire body was sore for days after, but it was worth it. After stopping for lunch we explored the grounds of the Philadelphia Museum of Art (yes, the “Rocky” steps). The grounds were spectacular with lots to see. We walked up the infamous steps and watched as others ran up to the top accompanied by the “Rocky” theme song. We even saw a couple get engaged! It was a lovely experience. 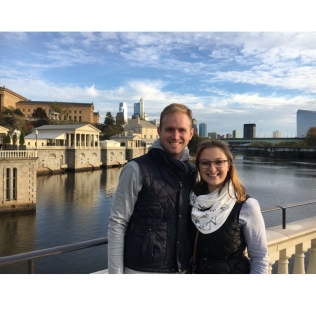 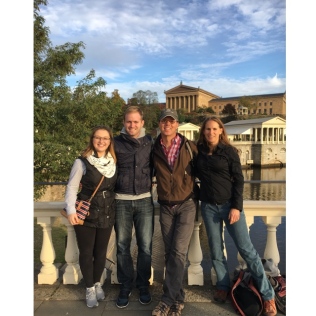 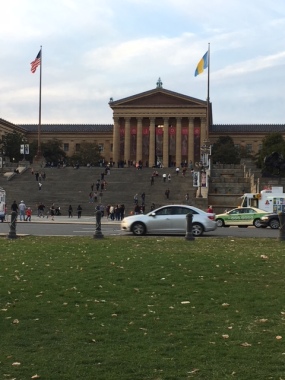 Our last day, we had breakfast at a cute coffee shop on South Street and headed to the Franklin Institute to check out the Terracotta Warriors exhibit. It was a once-in-a-lifetime experience and absolutely worth it if you have the chance. For those who do not know the history, in 1974, a farmer in China found fragments of terracotta while digging a well. He had no idea that he uncovered one of the most incredible pieces of human history. Buried underground were thousands of life-sized warriors, horses, and other artifacts including weapons, ornaments, and more—all made of terracotta over 2,000 years ago. This tomb was created to guard China’s first emperor. The exhibit displayed 10 terracotta figures in incredible condition and other artifacts. It was a bone-chilling and surreal experience. The exhibit runs at the Franklin Institute until March 4. 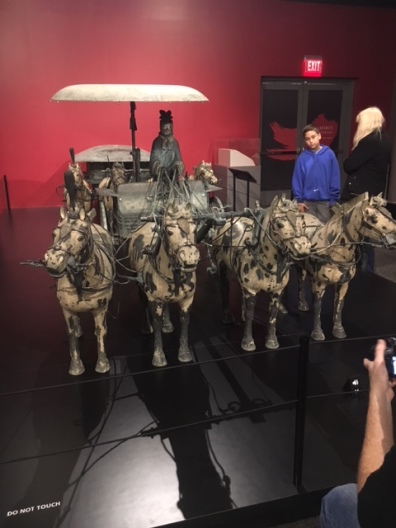 While driving home after a long, successful weekend, I reflected on something that one of the speakers said about this beautiful city, and it has resonated with me ever since. He said that Philadelphia is a “city of neighborhoods.” There is so much potential to create sustainable change. Reflecting on what I saw in my short stay, he could not be more correct. As you turn every corner in the city, you find yourself in a beautiful neighborhood filled with color, character, and community.

A community can mean many things. It can mean a place where you live with people that you know, but it can also mean comfort and solidarity. I felt that in Philadelphia. I watched community happen as I walked past neighbors conversing and laughing on a Sunday morning with coffee mugs in their hands. I watched community happen as a woman stopped during her walk to ask where we were from and talk about the rich history of her home and neighborhood. Philadelphia may be a large city of neighborhoods, but it is also a place where you feel welcome and at home.

One thought on “Philadelphia | A city of neighborhoods”